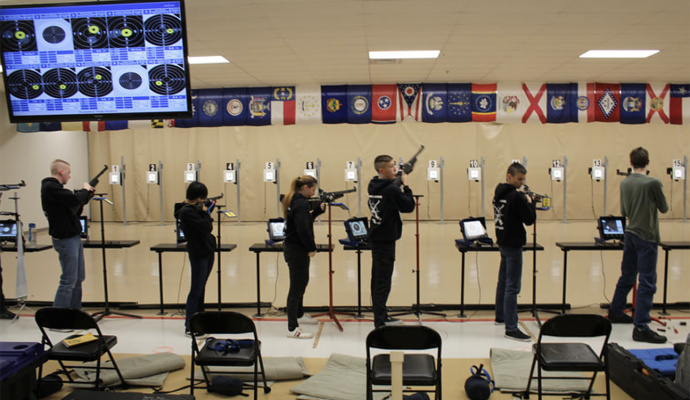 The Avanti 886 and Crosman Challenger .177 caliber pellet rifles used by the team exhibit similar ballistic characteristics as a smallbore .22 caliber rifle but are easier to handle and are much safer to use in training or competitive environments. The team has competed in many state, regional and national levels, earning several titles, including first in the East Tennessee Junior Olympics, overall in the Tennessee State Air Rifle Championship and eight in the nation at the Civilian Marksmanship Program National Service Championship. Team member Nanchaya Bailey also earned 10th at the Marine Corps JROTC Service Championship in Arizona. If you’d like to find your local club, visit the CMP Competition Tracker Page at https://ct.thecmp.org/app/v1/index.php?do=clubSearch to become involved. To become a CMP Affiliated Club, visit https://thecmp.org/clubs/affiliate/.

Have an article to share or want to highlight your CMP Affiliated Club?  Send us your photos, reports and articles to highlight in The First Shot – email abrugnone@thecmp.org. We look forward to hearing from you.

A Note from the CMP: At the CMP, we are not only dedicated to an increasing number of those involved in marksmanship within our own programs but are also devoted to supporting the efforts of those who are creating their own legacies in their own ways. Our Club News articles are our way of displaying the successes of our clubs, in the hopes of encouraging others to take the same respectable paths – both in marksmanship and in life. We are proud of our clubs for all of their endeavors and are honored to show them off within our news feed.