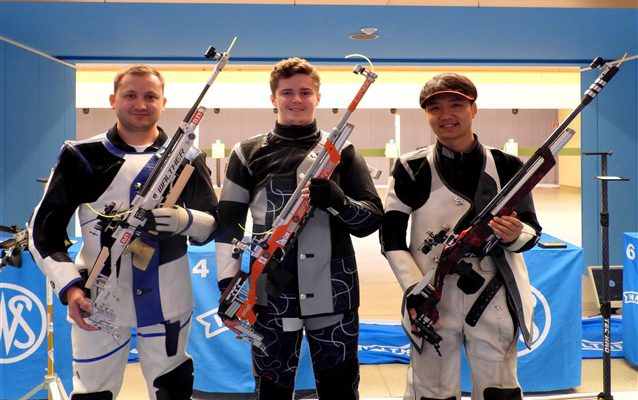 19 year old Filip Nepejchal has won Gold in the 10m Air Rifle Final in Munich, making it a hat trick of World Cup career victories in the event.

Nepejchal was in a tight battle for the top spot with Croatian athlete Petar Corsa, but five very strong shots at the end of the final saw him prevail.

Ukrainian Oleh Tsarkov and Italian Marco Suppini didn’t make the podium, but fifth and sixth places were enough for both to receive Olympic quotas.