You are here: Home / Competition / Cuba And The USA Get The Gold. Mexico And Guatemala Obtain Quotas 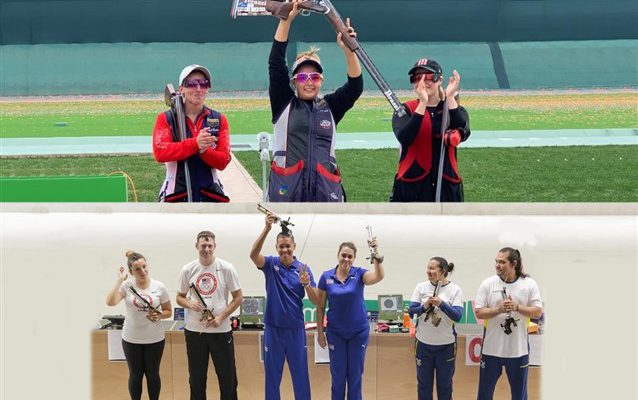 There were two more Finals at the third day of shooting competitions at the 18 th Panamerican Games in Lima, Peru.

Laina Perez and Jorge Grau Portillo from Cuba won the 10m Air Pistol Mixed Team event. Miglena Todorova and Nickolaus Mowrer from the USA were second while Anrea Perez and Yautung Cueva from Ecuador were third. 24 teams from 16 countries took part in the competitions.

Ashley Carroll from the USA, the 2019 World Champion, dominated in Trap Women in front of the overcrowded tribunes. All tickets for this event were sold out! Her teammate Rachel Tozier got the silver medal. But the two Olympic Quotas went to Alejandra Ramirez from Mexico who finished on the third place and Ana Welaska Soto from Guatemala who was forth because the USA had got two Quotas already – a maximum for one nation in one event.