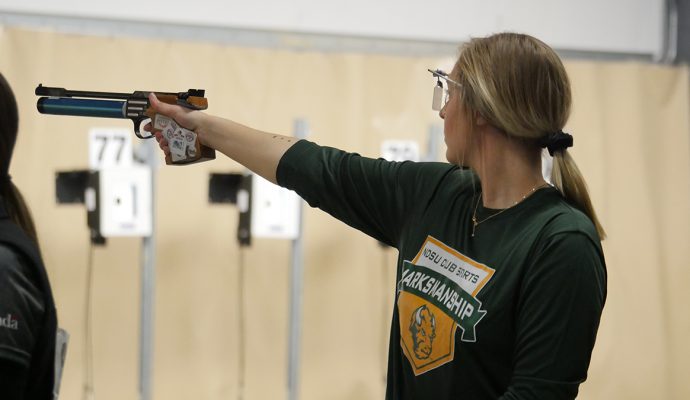 Due to social distancing protocols, the match is subject to limited capacity and other restrictions that presented difficulties in hosting the event in colder temperatures – leading to the CMP’s decision to postpone the match to the spring and better outdoor conditions. As the country’s situation continues to evolve, more details on procedures and match changes will be released as necessary.

Featuring a variety of 3×20 and 60 Shot categories, the Camp Perry Open is designed for adult and junior air rifle and air pistol competitors of all experience levels. Additionally, an adaptive shooting category is offered under the World Shooting Para Sport classification system to provide competitive opportunities to all interested athletes.

The new spring timeslot for the Camp Perry Open also allows for a coinciding 3×40 smallbore match to be held May 21 on Petrarca Range – also located on the grounds of Camp Perry. The smallbore competition will be held in the morning, using Orion paper targets for qualification and electronic targets for the final, before the junior 3×20 match is scheduled to begin in the air gun range in the afternoon.

An open clinic for all competitors will also be held at the conclusion of the Super Final for athletes and coaches wanting to learn more about advancing their marksmanship abilities. The clinic will be held in Hough Auditorium on Camp Perry to allow proper social distancing to attendees.

On the firing line, the Camp Perry Open will give competitors a rare opportunity to compete alongside some of the today’s most outstanding marksmen, including members of the Army Marksmanship Unit, the USA Shooting team and other upcoming junior competitors who are leading the next generation of excellence. Join in on the fun as athletes return to Camp Perry for one of the most popular air gun events offered by the CMP throughout the year!

To register and for more info on the Camp Perry Open, visit https://thecmp.org/cmp-matches/camp-perry-open/.

The Gary Anderson CMP Competition Center at Camp Perry houses an 80-point indoor air gun range, equipped with a full line of electronic targets, powered by Kongsberg Target Systems. The targets instantly return shot scores on an LED display monitor located next to each competitor. Though temporarily off-limits through COVID-19 restrictions, the facility also includes an open reception and common area, classrooms, projection screens and flat-screen television sets, as well as authentic Olympic memorabilia and other notable items from the outstanding career of Gary Anderson.

CMP Targets at Petrarca Range is powered by the Kongsberg Target Systems (KTS) of Norway. With the use of electronic targets, marksmen no longer need to walk downrange to change paper or use a scope to score – simply approach the firing line and watch shots instantly score and appear on monitors located at each firing point. For more information, visit the Petrarca Range page on the CMP website at https://thecmp.org/ranges/cmp-targets-at-petrarca-range/.