You are here: Home / Competition / Christenson Wins Individual Gold, Kozeniesky and Lagan Individual Silver at Championship of the Americas 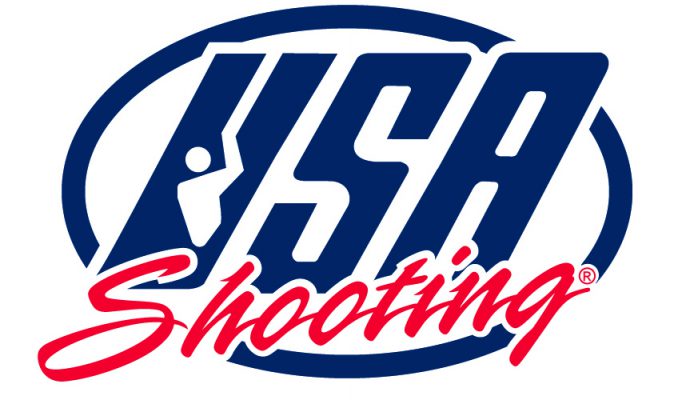 The USA Shooting Team picked up five more medals and an Olympic quota at the Championship of the Americas (CAT Games) Sunday in Guadalajara, Mexico.

Dempster Christenson (Sioux Falls, South Dakota) successfully defended his Men’s Air Rifle gold medal from the 2014 CAT by winning gold once again, as well as picking up an Olympic quota for the United States in Men’s Air Rifle. 2016 Olympian Lucas Kozeniesky (Fairfax, Virginia), in his first international Final, won the silver medal. Earning an Olympic quota in competition ensures the country a spot in that particular event, not necessarily the athlete. Athletes will earn Olympic Team slots via a trials system established by USA Shooting.

Once in the Final, Christenson fell behind in the first-five shots, but in the next series of five, he moved to the lead until the very end to beat Kozeniesky for the gold by 1.8 points to set an Americas Finals score of 248.5. Wallizer finished in fifth place. With their combined Qualification scores, Christenson, Kozeniesky and Wallizer earned a team gold medal.

“For my first international Final [in Women’s Air Pistol], I feel that it was an awesome confidence booster to prepare me for the coming year leading into Tokyo,” said Lagan. “I was also excited because [six-time Olympic medalist] Kim Rhode was watching me!’

Lagan and 2012 Olympian Sandra Uptagrafft (Phenix City, Alabama) qualified for the Final with the fifth- and third-highest scores respectively (570 and 567). Once in the Final, Lagan slowly worked her way up to the front of the pack, until she and eventual-gold medalist Lynda Kiejko of Canada exchanged the lead, with Kiejko eventually besting Lagan by one point. Uptagrafft was eliminated in eighth place. Sarah Choe (Los Angeles, California) finished in 15th place with a score of 559. Lagan, Uptagrafft and Choe won a team gold medal with their combined scores from Qualification.

About CAT: The Shooting Confederation of the Americas (Confederaciòn Americana de Tiro – CAT) was founded and recognized by the ISSF in 1973 as the Continental Confederation for the Shooting Sport for all countries of the North and South America.

Shikar Safari Club International Foundation: USA Shooting received a generous grant of $50,000 to support the Pistol program from the Shikar Safari Club International Foundation.  The grant will be used to prepare our athletes for 2020 Olympics through training camps and domestic/international competitions.  Funds were used for the World Championship in South Korea and will be used for CAT as well. Throughout the years, the Shikar Foundation has been a huge supporter of USA Shooting; providing funds that would build a Trap bunker and Skeet field.  They also financially supported a project for the 25m Rapid Fire and Sport Pistol targets that were converted in 2010 at the Olympic Shooting Center. Learn more here.