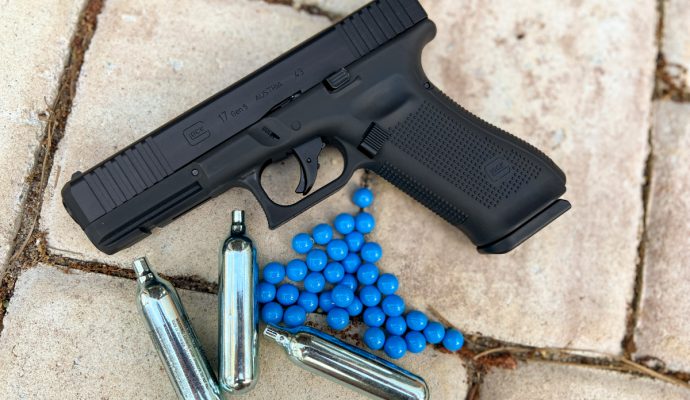 What is the airgun market?

Not that long ago, I might have characterized it in two primary segments: precision and recreational airgunners. There are lots of folks who appreciate the precision, mechanical attributes, and performance of high-end air machines. Think PCP or break-action rifles and pistols capable of busting Tic Tacs at 10 meters, or more traditionally, scoring X-ring hits on paper or electronic targets with near monotonous regularity. The recreational crowd might have been more likely to buy CO2, pump, or break action airguns at local sporting goods stores with the intent to use them for backyard fun or small game hunting.

More recently, the airgun market has become more difficult to define. Sure, the precision and recreational segments are going strong, and companies in those spaces continue to innovate. Just look at the movement of PCP technology from four-digit price point airguns to price points accessible through big box stores. While you still get what you pay for, and a $3,000 rifle will handily outperform a $300 PCP, those more accessible products are widening the potential market for serious airgun technology to recreational airgun shooters.

Other “airgun” segments have emerged. While not new by any means, paintball and Airsoft technically fall somewhere in the airgun space if for no other reason than they’re also air-powered. However, to borrow a term from the tech industry, the “use cases” are vastly different. I’ve not yet seen evidence of any appreciable crossover between traditional airgunning and these often team-oriented activities.

A little closer to traditional airgunning, at least when considered as part of the recreational market is the training replica segment. Centerfire shooters have demonstrated some limited interest in air-powered replicas of their traditional firearms. Cheaper to shoot and more accessible for backyard or basement use, companies like Umarex have met that demand with strikingly realistic (in terms of appearance, feel, and manual of arms) CO2-powered guns. Here, we’ve covered air versions of Sig Sauer, Springfield Armory, 1911, Glock and other modern handguns.

Newer on the scene is a hybrid approach, mixing elements of paintball, training, and replicas. We’ve just got our hands on a shiny new Umarex Glock 17 Gen 5. It looks and feels like the real centerfire deal — with one exception. It’s designed to shoot both people and targets — on purpose.

This air pistol operates like a traditional CO2 replica pellet or BB pistol with one big difference. It has a .43-caliber hole in the front end designed to shoot round balls of all sorts. It’ll accept hard rubber balls for target practice or training. It’ll launch exploding powder balls to mark (or prove) impacts on target. It’ll launch paint-filled balls for similar purpose. Like pellet and BB guns, the magazine contains both “ammo” and the standard 12-gram CO2 power source. You can drop it to reload without losing your gas, so for training, it’s quite realistic.

I’m excited about this nifty invention for its market segment crossover potential. Sure, we airgunners have appreciated pellet and BB rifles and pistols based on their own merits, but these products haven’t yet made a grande jete entrance into the vastly larger 90-million-gun-owner space. I’m thinking inventions like this one from Umarex just might appeal to all those centerfire shooters.

Stay tuned. Next week we’ll take an up-close and personal look at this nifty air-paint-handgun.