You are here: Home / Features / An Adult Christmas Story? 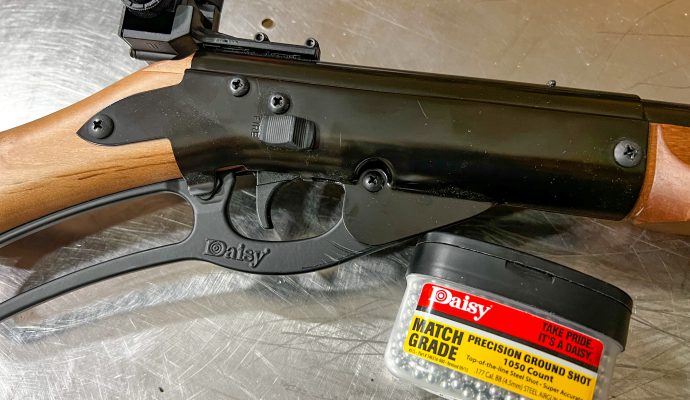 In my case, the rapidly approaching classic status holiday movie, A Christmas Story, is more like a documentary.

Way, way back, when station wagons roamed the earth, and long before the Pet Rock, I did get a Daisy Red Ryder for Christmas. It was the Christmas season during first grade, and while I didn’t share Ralphie’s heroic hallucinations about scaring off gangs of prison-striped crooks and n’er-do-wells, that gift put me on cloud nine. I lived across from a park somewhere on East Burnside Street in Portland, Oregon, so there was lots of opportunity for a young and intrepid explorer and hero-in-his-own-mind to dream up all manner of scenarios to save the day, earning the adoration of, well, probably no one, but that’s beside the point.

I won’t claim I was any more responsible than nine-year-old Ralphie in the movie just because I didn’t shoot my eye out. I do recall my stepdad offering some basic safety commandments, which I apparently followed, as I continue to see in stereo to this day.

That pure dumb luck of responsibility wasn’t destined to last, however. That Red Ryder was bound and determined to get me into trouble. In my college years, things went awry. In my defense, it’s a known biological fact that a group of young and rambunctious males muster fewer measurable IQ points than a turnip weeks past its sell-by date. If they’re all frat boys, you can cut that score in half. Anyway, one night in the basement of my family home, a bat flew down the chimney and treated us all to an air show including Immelmans, barrel rolls, and an occasional hammerhead in the subterranean airspace.

When you’re in college, you have all the answers. Clearly, a strategy of catching Dracula with a towel or net was a dumb idea. Shooting him out of mid-air with a Daisy Red Ryder seemed a far more elegant solution to the bat crisis. Dozens of shots and nearly as many broken household decorations later, the bat remained blissfully airborne. Surprised? We sure were. I can’t for the life of me remember how we shooed out the bat, but I’m certain he took no ground fire.

Years later, I learned after the fact my youngest brother did a home gunsmithing conversion on the Red Ryder, removing the stock entirely to cobble up a lever-action BB pistol. And that was the end of my childhood firearm collection. It seemed only right to put it out of its misery. May it rest in peace and finally get one of those mutant home-invading bats in the great beyond.

Now that I’m all growed up, I’m reliving my Daisy Red Ryder Glory Days. Instead of a classic Red Ryder, I’ve latched onto something a little more mature — the Daisy 499B Champion Competition Air Rifle. Billed as the world’s most accurate 5-meter competition BB rifle, it’s designed for pinpoint accuracy. Decked out with aperture sights, a generously wide forend, and smooth action, this gentle air rifle is perfect for backyard and garage precision. It’s 240 fps velocity projection can still put an eye out, so don’t skimp on basic airgun safety rules. For kicks, I measured the trigger with a gauge — 3.25 pounds. It’s also a single loader, so shooting is a leisurely affair. Engage the safety. Cock. Drop a match-grade BB down the muzzle. Disengage safety. Aim. Shoot.

Maybe we learn patience as we age. In my Red Ryder desperado days, a magazine chock-full of hundreds of BBs was second in importance to breathing. Now I’m happy with one leisurely shot at a time.

Just a reminder, the Wires are shutting down for the holidays, so there will be no Airgun Wire the next two weeks. We’ll be back on January 6.