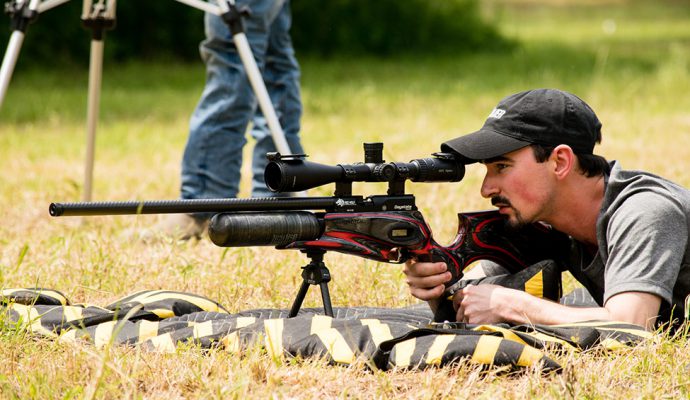 The reality-style series is hosted by Rossi Morreale (TLC’s Junkyard Wars, Discovery’s Belly of the Beast, ABC’s Dating in the Dark, NBC’s Escape Routes, Food Network’s Halloween Wars) and boasts 11 episodes leading to the crowning of the champ.

The series comprises a competition involving: skill and strategy to knock down and explode various reactive targets with a multitude of airguns. Ranging from .50 Caliber to Arrow guns, the airgunners will run, jump, zipline and compete to win the grand prize and title of Airgunner Challenge Champion.

For more information about the Airgunner Challenge on Outdoor Channel, visit: www.outdoorchannel.com.

Outdoor Channel has been taking viewers across America and around the world on unparalleled adventures since 1993. Dedicated to the outdoor lifestyle and conservation, the independent cable network is a division of Outdoor Sportsman Group and provides a complete spectrum of riveting hunting, fishing, shooting and adventure entertainment. Outdoor Channel is the largest outdoor TV footprint in the country and is available in more than 50 countries internationally. Outdoor Channel can be viewed in HD and is accessible by broadband and mobile platforms. For program times and other information, visit www.outdoorchannel.com. Follow us on Twitter, Instagram, Facebook and YouTube. #WhatGetsYouOutdoors. #MyOutdoorTV