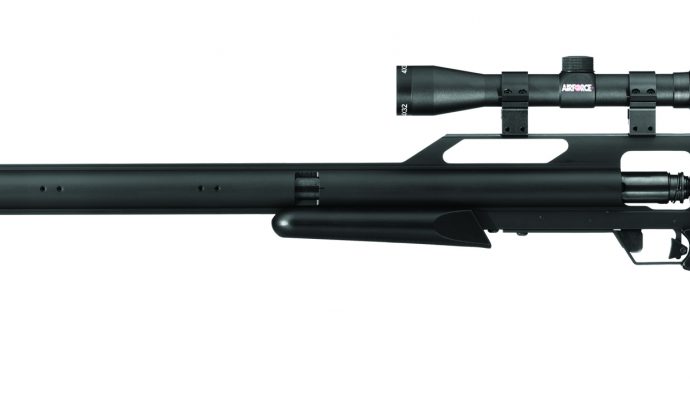 AirForce Airguns, makers of the world’s most powerful production air rifles, is excited to announce the addition of the Texan .50 to its extensive line of big-bore air rifles.  The Texan .50 features a .510 caliber Lothar-Walther barrel, the recently released TX2 valve system, as well as a D.O.T.  certified 250bar (3625 PSI) carbon fiber air tank that can be both commercially filled and recertified for safety every 5 years.  Early testing of the Texan .50 has yielded muzzle energy well over 800 foot-pounds. The Texan .50 will be on display in the AirForce booth (booth #16127) at SHOT show 2020.

“The addition of .50 caliber to the Texan lineup has been a goal for us since we introduced the TX2 valve system in 2019,” said John McCaslin, President of AirForce Airguns. “We recognized the potential for the new valve to make massive power after making over 750 foot-lbs in .457 caliber. Making the jump to .50 caliber will allow shooters looking for maximum power numbers to take advantage of even more projectile options as they push the limits of what is possible with an air rifle.”

The Texan .50 will be entering full production in late January, with the first run of rifles shipping to dealers by mid to late February. AirForce will begin taking dealer and distributor orders for the Texan .50 at SHOT Show 2020.

Established in 1998, AirForce Airguns was the first company to mass-produce high-quality PCP air rifles in the United States. Every AirForce rifle features a German-made Lothar Walther match grade barrel with all other components being manufactured and assembled in their Ft. Worth, Texas-based manufacturing facility. AirForce Airguns, a founding member of the Airgun Sporting Association, continues to work to educate legislators and regulators about airguns on a local, state, and national level. In 2018 AirForce Airguns acquired RAW Airguns and continues to manufacture RAW rifles in the original RAW factory in Minor Hill, Tennessee.