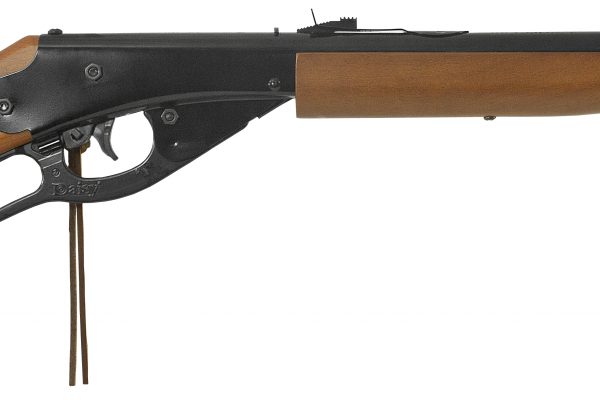 Air guns, in case you haven’t noticed, are sort of a big deal these days. There are guns out there capable of everything from plinking inside your house to taking down big game. The .177 calibers of my childhood are still out there, but these days they’re commemoratives. That points to the fact that despite the fact these BB guns and I both qualify for historical tags, but the fact of the matter remains they’re still great for teaching basic gun handling.

I spent time with two distinctly different air rifles recently, the ubiquitous Daisy Red Ryder I remember from my youth, and version two of Gamo’s break-barrel, multi-shot pneumatics in .22 caliber.

The Daisy is what it is -and always has been. A straightforward, lever-cocking BB rifle that fills (from the yellow tube I remember or a new bulk package) into a sometimes nearly impossible to hit hole in the rifle barrel.

After that, it’s give it a shake (settle the BBs), cock the lever action, and take aim and squeeze (hard). Even after eighty years, the trigger’s never going to be confused with anything precision.

My Daisy, however, wasn’t always fun and games. Before I was allowed to move into a .22 single-shot rifle, I was expected to demonstrate to the satisfaction of my parents that I could be safe with a gun. So I went from the windmill cocking style of a kid to the carefully considered “read-aim-fire” procedures that convinced my parents to actually let me graduate to the same single-shot .22 lever action that occupies a spot in my safe today. It’s more than a half-century old but looks far better for wear than its owner.

If you’re looking to connect a child with the tradition of shooting, the old expression’s still true: “you’d better get a Daisy.”

If you’re planning to expand horizons from plinking to varmint hunting or simply looking to introduce someone to hunting, Gamo’s break barrels offer an affordable option.

Having competed in Squirrel Master Classics over the years, I’ve used them in hunting situations, but until a couple of weeks ago had never really taken time to try them for precision shooting.

Seems I’ve been missing one of their best attributes.

Shooting from a rest and using a riflescope, these rifles are accurate. They’re also great for reminding you to establish a repeatable shooting routine to get repeatable results.

Because while you don’t have to load a pellet every shot, thanks to Gamo’s 10-round magazines (which have improved to the point you can now have a scope and iron sights) you still have to pick up the rifle, break the barrel down and re-cock the IGT (Inert Gas Technology) powerplant.

That means you’re essentially re-establishing your shooting position before every round.

Getting comfortable on the gun is always essential, and you may find that your shooting will actually get better after you’ve expended a bit of the normal static energy- or adrenaline- whatever you call it, associated with shooting.

As I practiced at the bench, I saw the rifle’s groups tighten measurably. Partially because I was “learning” the trigger and scope, but also because I was seeing the benefit of always getting solid behind the rifle. All those things help tighten groups.

And tightening on the bench is always reflected in the field. Sometimes, it’s even magnified.

Both these little rifles offer hours of affordable fun, along with the ability to move up to the IGT powered rifles and remove any little vermin in your neighborhood -without getting a visit from the local police department. Using compression of a power plant rather than the explosion of a powder cartridge means you’re not only saving significant money over normal ammunition, you’re probably not breaking the law, either.

Two solid reasons to check out air rifles whether you’re a recreational shooter, hunter or preparing for the unexpected.