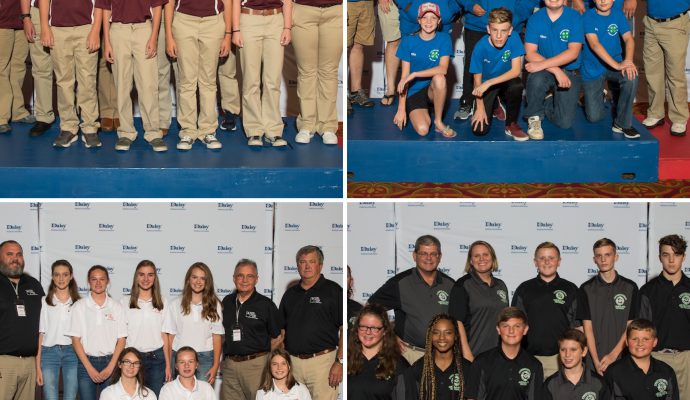 Sixty-four of the top BB gun teams in the nation will converge on Rogers, Ark., July 3-6 for the 2019 Daisy National BB Gun Championship Match, also known as the Daisy Nationals. Seven-person teams (five shooters and two alternates) ages 8 to 15, will be competing for the National Championship in this 5-meter, four position match.

The Daisy Nationals will name the National Championship Team, Individual, Alternate and Champion division after two days of intense competition. The Champion division consists of shooters who competed as a team member last year – each member must take a year off after competing to allow other shooters to get the chance. After that year off, they may return as a team member. This gives more youth shooters the opportunity to compete in “the most prestigious BB gun match in the world.”

“Competitive shooting teaches mental focus, bolsters self-esteem and improves coordination,” said Lawrence Taylor, Daisy Director of Public Relations. “Every year we hear stories of how competitors have raised grades and became happier since they started the program. This is especially true for those who are dealing with a learning disability or other issue that can make excelling as a youth more difficult.”

Youth competitors will shoot four positions – Standing, Kneeling, Sitting and Prone – at the target placed at a distance of 5 meters, using Daisy Model 499B Champion BB guns. Daisy’s 499B is billed as the most accurate 5-meter BB gun in the world. It’s not your old Red Ryder – this muzzle-loading BB gun will dot the “i” every time.

Registration begins on July 3, and the written test begins at 3 p.m. Each competitor must take an extensive written test that makes up 20 percent of their final score. The test covers gun safety, technique and match rules, and is an extension of Daisy’s extensive youth gun safety initiative

Teams from 17 states will compete in this year’s event. Familiar teams such as the Oregon Timber Beasts and the Tennessee Awesome Possums join new-comer teams like the Coweta, Okla., Rangers and the Shrewsbury (Pa.) Sharpshooters as they shoot to knock off last year’s champion, the Wyandotte County 4-H Shooting Sports team out of Kansas City, Kan. The event concludes on the evening of July 6 with the medal ceremony, followed by a party at the Rogers Aquatic Center.

“The Daisy Nationals is a celebration of youth shooting, and it’s all about the kids,” Taylor said. “Boys and girls compete against each other on an equal footing. And here’s something – if you look down the hall where everyone gathers, you’ll not see a single head buried in a phone. They’re playing cards and games and actually talking to each other. Daisy is very proud to be associated with these kids.”