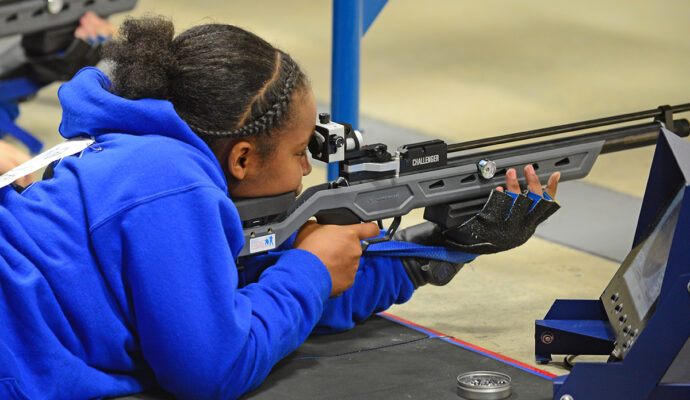 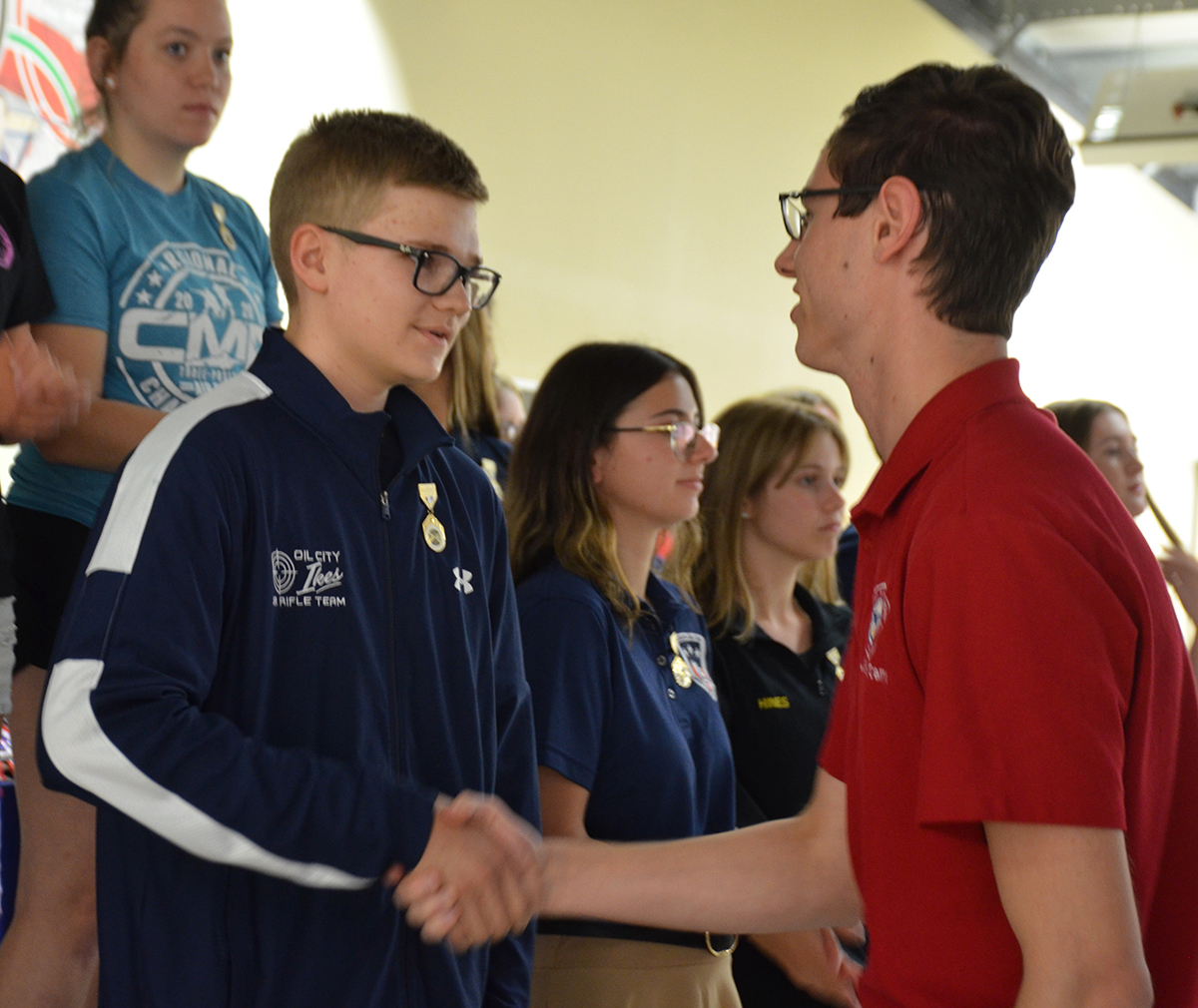 The National Standard Rules are revised and reissued on a bi-annual basis. The newest version of the Rules, the 14th 2022-2024 edition, has just been released. An electronic version of the new rulebook is posted on the CMP website at http://thecmp.org/air/national-standard-three-position-air-rifle-rules/. Printed copies will be available in a few weeks.

The CMP provides staff support for the National Council’s junior air rifle programs. Vicki Donoho is the Program Coordinator and acts as the Council Secretary. She can be contacted at 419-635-2141, ext. 702, or via email at 3PAR@TheCMP.org.

Rule changes start with the questions and recommendations received at CMP Headquarters or that are received from participants in 3PAR championships. The previous 2020-2022 Rulebook was released in the fall of 2020, but an August 2021 Update to those rules was issued. Comments received during this rules cycle focused on fine-tuning existing rules. There have not been any calls for major rule changes. After all comments were evaluated, a new rules draft was prepared and distributed to Council members for their review and comment. Council members have approved the release of the new rulebook. 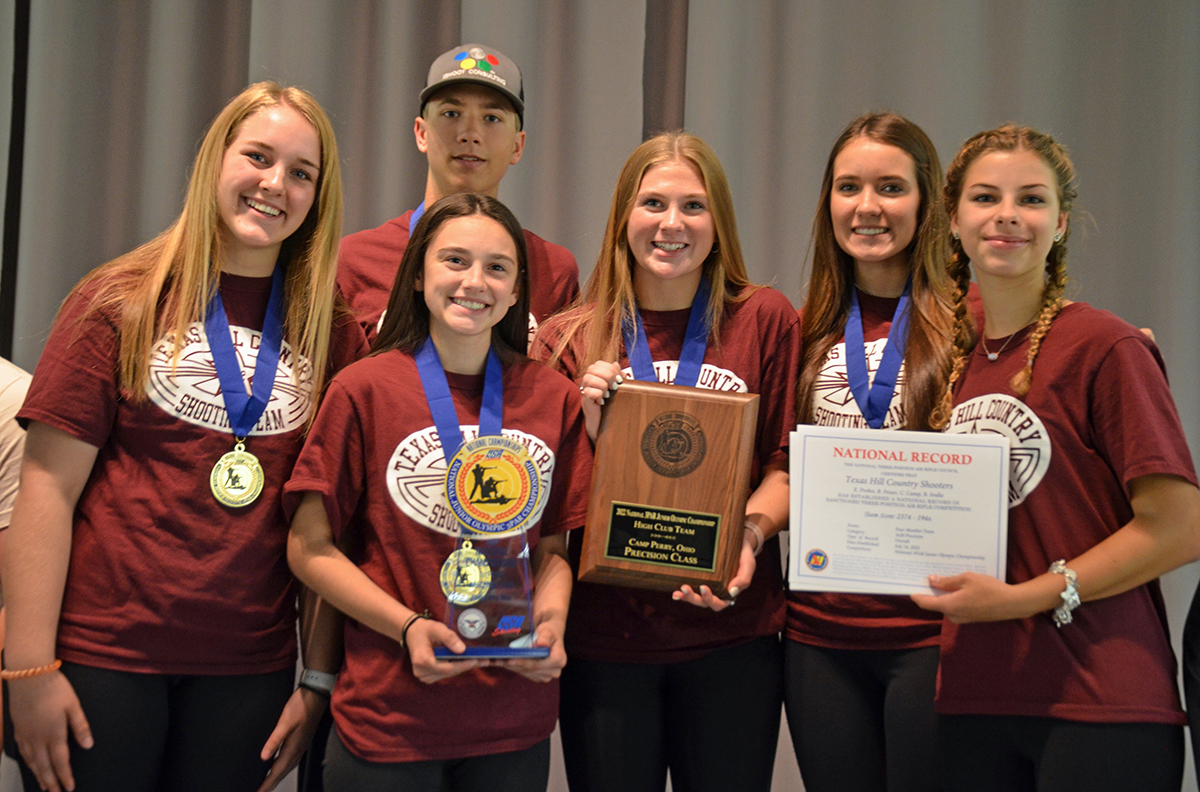 A summary of the rule changes in this 14th Edition 2022-2024 National Standard Rules follows. Rule numbers are listed in the summary to assist in locating them.

Rule 4.2.1.  Approved Sporter Air Rifles. The new Crosman CH2021 is listed as a new approved Sporter Class air rifle, even though it was provisionally approved in the August 2021 update.

Rule 4.4.8.  Precision Rifle Special Features. Clarifies that Precision rifle cheek-pieces may not have any special shaping or added index points for the head positioning such as rubber bands, tape, etc.

Rule 4.7.3.  Spotting Scope. Clarifies that spotting scope stands may be placed ahead of the firing line, but not in front of any firing line benches or tables.

Rule 4.7.4.  Rifle Stand. The rifle stand rule is rewritten; it clarifies that stands may be placed ahead of the firing line.

Rule 7.3.1.  Pre-Competition Testing. Clarifies that rifles or equipment that fail pre-competition tests may be corrected and retested.

7.14.  Sports Presentation and Music. Clarifies that music may be played at appropriate levels during all phases of competition events.

7.15.10  Disclaimed Shot. Establishes a new procedure for handling a disclaimed shot. Range Officers can direct the firing of an additional shot that may be counted if subsequent investigation confirms that the disclaimed shot was not fired by the competitor.

Rule 7.18.  Late Arrivals. Clarifies how late arrivals at a competition are to be handled.

Rule 8.1.4. Inner Tens.  Adds a corrected definition for an inner ten on the 10m air rifle target when VIS or EST scoring is used.

Rule 10.1.1. Finals Options.  A note is added that encourages ranges that are now acquiring electronic ranges to consider conducting start-from-zero finals in their Match Programs. 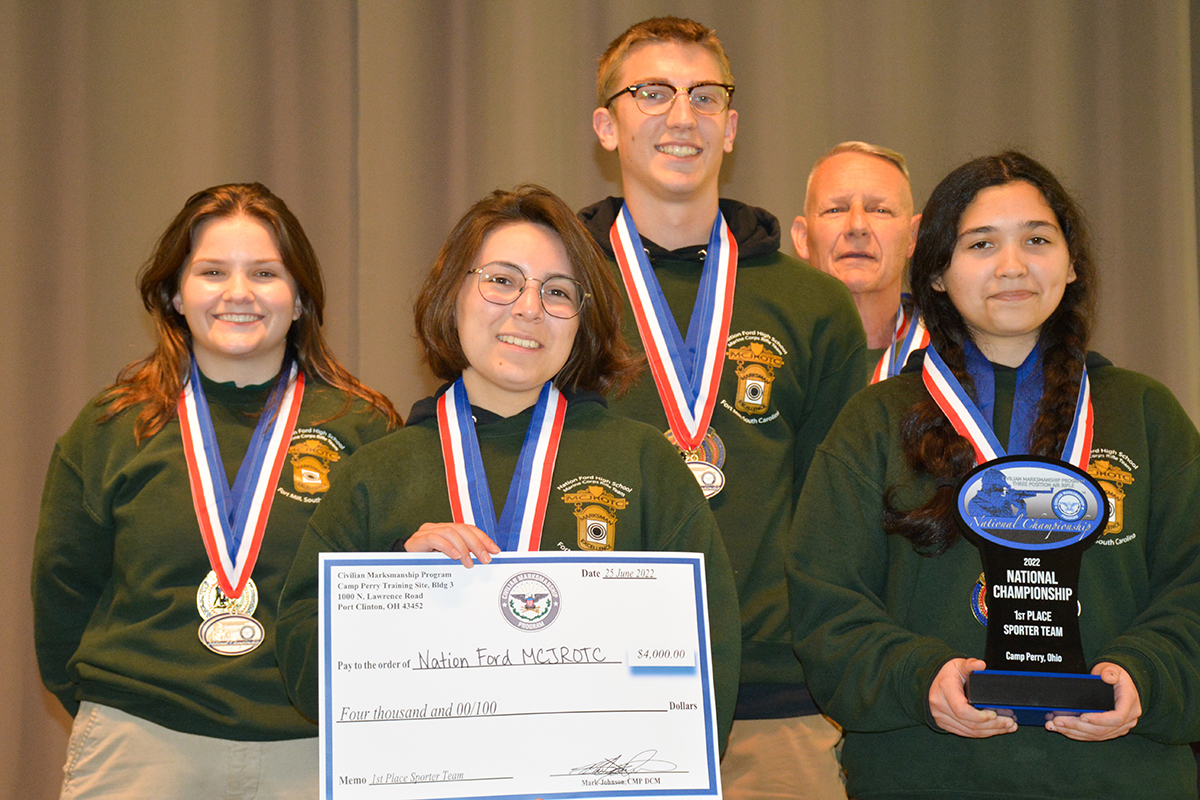 One aspect of Three-Position Air Rifle shooting has not changed. The original goal of the 3PAR Sporter Class was to offer rifle marksmanship competitions to as many schools, junior clubs, and individuals as possible by providing a competition class where expensive equipment is not required (no shooting jackets, etc.) and air rifle costs are limited (current max. is $650). Crosman, Daisy and Champions Choice (Air Arms) have cooperated with the Council in keeping Sporter air rifle costs within this limit. A major advance has been the replacement of thousands of the original pneumatic, pump air rifles that were so effective in starting this program with compressed air Sporter Class air rifles. The new Crosman CH2021 is the latest example of this change.

Visual Image (VIS, Orion) scoring has revolutionized how 3PAR targets are scored. The Council/CMP has sanctioned 233 matches so far in 2022; 151 of those matches were scored with Orion, 82 were conducted on electronic targets and only one was scored manually (with scorers and gauges). Scoring targets by hand is a thing of the past.

Electronic targets are being installed in more and more 3PAR ranges and they are making 3PAR competitions more exciting for participants. They are also making shooting a real spectator sport. All 3PAR National Championships are now conducted on electronic targets on ranges at Camp Perry, Anniston, the CMP Mobile Range, the Olympic Training Center, or Fort Benning. Until two years ago when the affordable Athena electronic targets were introduced, only a handful of junior air rifle programs had electronic targets. The Athena targets, which are designed and manufactured in America, have already made the benefits of electronic targets available to 250 10-meter ranges in all parts of the USA. Electronic targets with their instant, accurate display of scores and rankings are the future of junior target shooting.

The changes that are occurring in junior 3-position air rifle shooting are especially important in a sports discipline that appeals to youth. Utilizing technology, doing more to make shooting a spectator sport and keeping abreast of changes that are occurring in the sport worldwide are part of keeping this popular youth sports discipline growing and responding to the interests of today’s young people.

Anyone with questions about any three-position rules or programs should contact Vicki Donoho at vdonoho@thecmp.org or 419- 635-2141, ext. 702. If you have not downloaded your copy of the 2022-2024 rulebook yet, you can do that at http://thecmp.org/air/national-standard-three-position-air-rifle-rules/.

• JROTC Postals. Every year as many as 8,000 JROTC cadets and 1,400 JROTC teams compete in postal competitions to qualify for JROTC service championships.