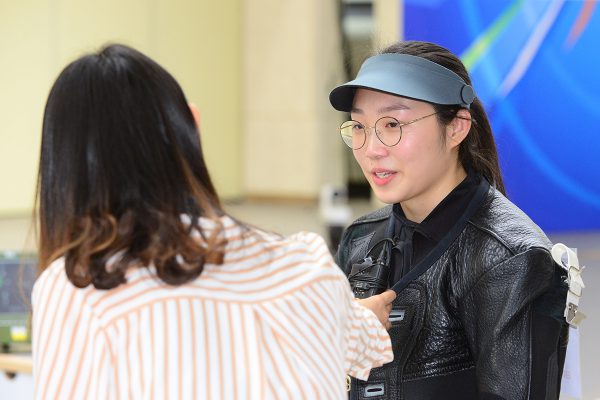 The National Standard Rules are revised and reissued on a bi-annual basis. The newest version of the Rules, the 12th 2018-2020 edition, has just been released. An electronic version of the new 3-position rules is posted on the CMP website at http://thecmp.org/air/national-standard-three-position-air-rifle-rules/. Printed copies will be available for ordering on November 1st.

The CMP provides staff support for the National Council’s 3-position air rifle programs. Vicki Donoho is the program coordinator and acts as the Council Secretary.  She can be contacted at 419-635-2141, ext. 702, or via email at 3PAR@TheCMP.org.

The process of developing rules changes starts with the questions and recommendations received at CMP Headquarters or that are received from participants at 3-position championships. Coaches at the 2018 National Three-Position Championships (Junior Olympic and CMP) were asked for their input on rules. Comments received during this rules cycle focused on fine-tuning existing rules, not on any need for major changes. All comments were evaluated and a new rules draft was prepared and distributed to Council members.  This draft was discussed in detail during a 4 October 2018 Conference Call, which concluded with the approval of the 2018-2020 rules.

Here is a summary of the rule changes that are incorporated into the 12th Edition 2018-2020 National Standard Rules. New or changed rules are underlined so they can be more easily identified. Rule numbers of changed rules are listed in the summary to assist in locating them. The previous use of bullet points was changed to letter designations (i.e. a), b), etc.).

Anyone with questions about any three-position rules should contact Vicki Donoho at vdonoho@thecmp.org or 419- 635-2141, ext. 702.  If you have not downloaded your copy of the 2018-2020 rulebook yet, you can do that at http://thecmp.org/air/national-standard-three-position-air-rifle-rules/.