You are here: Home / Archives for Air Rifles

ROGERS, AR (Jan, 2020) – GAMO 10X Technology first appeared in the industry changing Swarm Maxxim back in 2017 – the first breakbarrel air rifle featuring a 10-shot magazine that allows users to shoot 10 shots as fast as they can break the barrel. Now in its second generation, GAMO Swarm technology takes another step […]

Bentonville, AR (May 15, 2019) – Providing a modern take on an old classic, Hatsan’s new Vectis is a unique, lever-action, Pre-Charged Pneumatic (PCP) airgun. Reminiscent of a lever-action cowboy rifle, the Vectis is capable of delivering up to 35 shots on a single fill, making it easy to empty a tin of pellets in […]

Umarex USA Inc. announces a major addition to their Gauntlet line of Pre-Charged Pneumatic (PCP) air rifles: the .25 caliber Gauntlet.The Gauntlet offers the larger .25 caliber for the same market driving MSRP of just $299.99. The .25 caliber Umarex Gauntlet provides up to 27 consistent, powerful shots from one fill of its high capacity […] 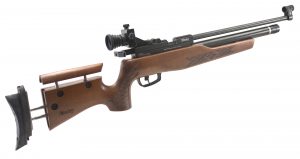 Got suburbia? Not enough land to shoot? Has your homeowners’ association discouraged you from building a shooting range in the front yard? If you’re reading this, then you already know that airguns are a great solution for areas not appropriate for fire and brimstone-type firearms. While certainly not toys, and all safety rules apply, the […]

Images of the Wild West come alive with the Umarex Legends Cowboy Lever Action Air Rifle from Umarex! The Legends Series of air guns brings to life the classic arms of the past backed by the quality standards and imagination that only Umarex delivers. Stylized after the Winchester Model 1894, this backyard-friendly quiet CO2 rifle […]

The Ruger® Yukon Magnum is the perfect recipe for power and accuracy.  This gun is loaded with style, power, and features that will make it an indispensable tool for backyard fun or hunting. The Yukon Magnum is powered by the ReAxis gas-piston for plenty of power, smooth cocking, and reduced vibration when shooting.  The ReAxis […] 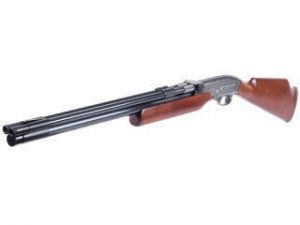 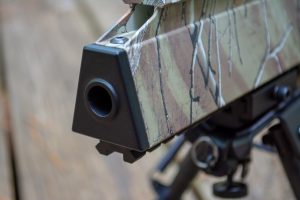